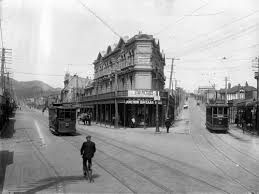 The deadline for submissions has closed, now begins the hard work.

Newtown and Berhampore are entering the business end of efforts to set up a functioning cycleway network in Wellington city. These suburbs are the pinch points –  where all that wonderful geography which helps to make the capital so compact and livable (and which becomes such a liability when you add a lot of cars) funnels everyone from the south down the same valley.

The Wellington City Council is going to come up with some sort of final plan of separated bike ways (off road and along the road) hopefully connected to the existing network, and designed so it can expand them when the need arises.

We can also be certain this will come at the expense of some room for cars and carparks.

The Island Bay Parade Cycleway, if I remember rightly, was meant to be the easy bit. With such a wide road, there’d be no trouble setting aside some space for bikes. Right? Well, that hasn’t quite turned out the way  its supporters hoped.

Which brings me back to Newtown and Berhampore, and the possibility that without the right leadership, it’ll end up as another Island Bay-like bunfight.

I discovered a lot of the groundwork, in terms of reaching a consensus, happened four years ago. I spoke to Michelle Rush, one of the facilitators who organised it.  A lot of the group’s recommendations, a group made up mostly of locals, has come through in the packages the council presented to the public. However the group, and it’s members, are now nowhere to be seen.

When the proverbial gets real, as it will, when some residents find they won’t be able to park where they used to, who will argue the loss of some carparks is worth it? Can cycling advocates rely on the council?

Over on the other side of the Orongorongo divide, Michelle Rush has been working on this. Here’s a post from a federated farmer in support of the process.

Cycling options stand a better chance of gaining support if  Newtown businesses, and Berhampore residents lead the debate in favour of what ever bike routes the council decides on.

There is risk in the council leaving the final decision to a committee of bureaucrats. Supporters of roads less traveled by cars, might do well to encourage the council to continue engaging with the community

There’s still time for Wellington City Council to do this. While it’s at it, it should get Newtown’s biggest employer involved.  Wellington Hospital currently forces many of its staff to park in already congested neighbouring streets. That’s where a lot of the local parking pressure comes from. What is the hospital going to do to support its shift workers in finding alternatives to driving to work?

If progressives want to achieve lasting change, they need to win over the conservatives, or at least enough of them, that when the next conservative regime arrives, it doesn’t roll it all back.

View all posts by deltaman