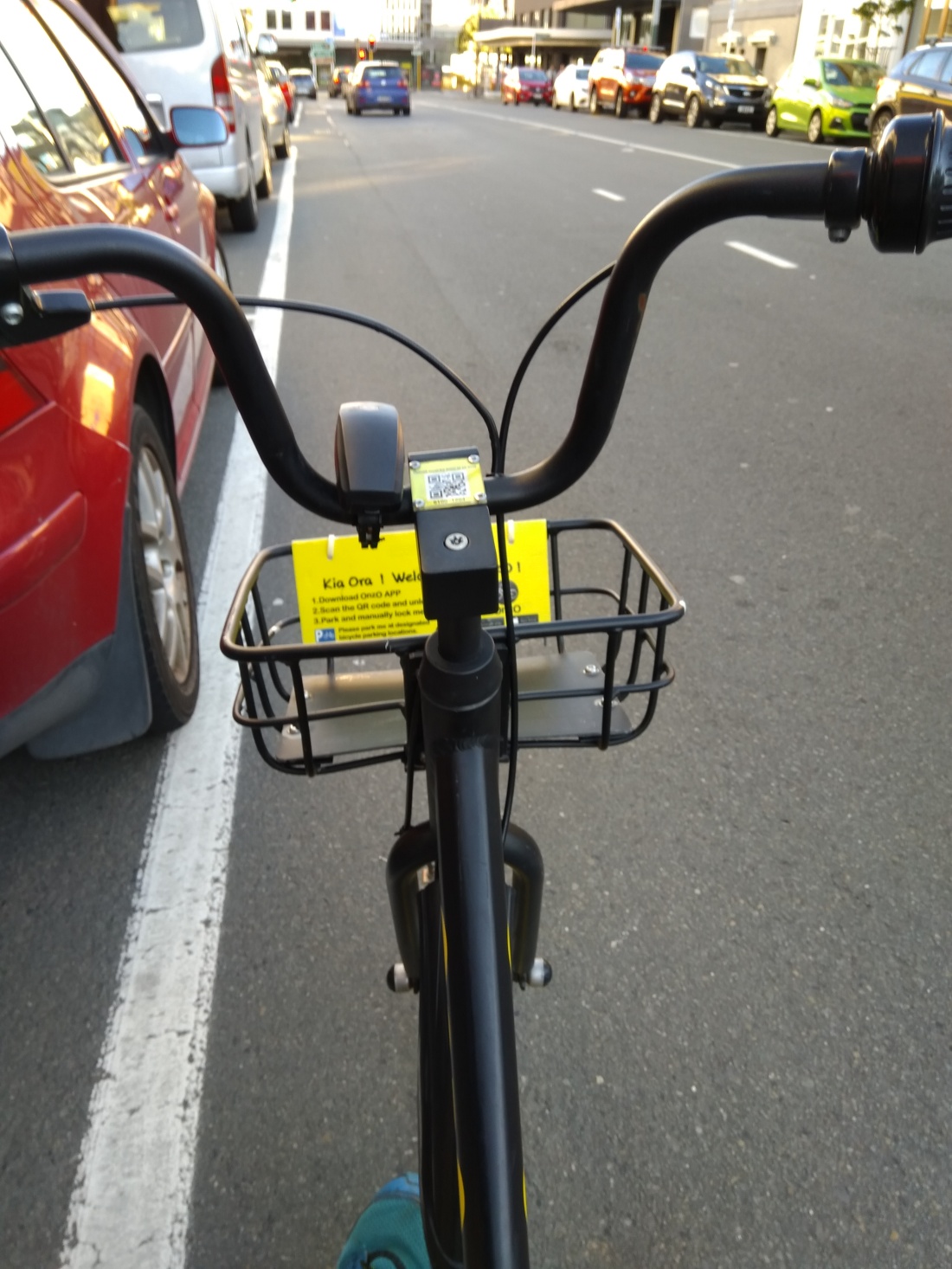 The stats for the first month of Onzo ridership in the capital are out, with over 24 thousand trips registered with the dockless bike app.

During the initial two weeks, the Onzo app and its fleet of two hundred green, black and yellow bikes (which remind this writer of the classic Raleigh 20 of his youth) accounted for just shy of 14,000  trips.

That figure dropped to 10, 470 for the second half of the month.

Perhaps the novelty value and initial publicity, which came with the October 7th launch, had worn off. I also recall some rather ordinary spring weather over that period.

If we take the second half stats as being more realistic, it appears Onzo is most popular during the morning commute, with over a thousand trips between 8 and 9am. But even after dark there are Onzos on the road, with 41 trips picked up in the hour before midnight.

And when the sun shone on a “can’t-beat-a-good-one-in-Wellington” weekend, the Onzos were out in force, and not just on the waterfront. I noticed at least a half dozen (relatively) neatly parked outside an Aro Valley drinking establishment.

My  Onzo experience was largely positive. I found the app easy to use (once I’d worked out which way to point my smartphone to scan my cycle) and the bikes simple to ride. They are trundlers, not speeders and for that reason, are well suited to shared paths, especially our wonderful waterfront. The front basket proved most useful for my recording equipment, with plenty of room left over, if I’d decided to buy a few items from the shop.

On the road, their slightly cumbersome steering and lack of acceleration hampered my ability to pedal it with the motor traffic. Oh, and the lack of gears also limits them to the flat for most users (I did see one bloke walking an Onzo up Raroa Road).

If I was to use the app just once, the initial $14 to download it (plus the $2 spent hiring a couple of Onzos) would struggle to compete with an inner city Uber trip, but based my weekend experience, I would Onzo again if my own bike wasn’t available.

I was pleasantly surprised at how well the bikes handled after a month of dockless ridership in the Capital. None appear to have gone into that great trolley park in the harbour just yet, although I discovered a few folk are taking Onzos home and keeping them for themselves (#Onzo shows on map, but is behind a locked door). Something for Onzo to consider as Wellington’s six month trial continues.

One thing I failed to find was a bell. Its location wasn’t obvious to my untrained eyes. Turns out it’s a twist grip on the right handlebar. Thanks to all those who pointed out my mistake. I’ll be sure to use it next time!

As for unclaimed Onzos getting in the way of pedestrians, I found most were parked in a considerate manner, and when I did find one stuck in the middle of a footpath, I moved it myself (it didn’t seem to mind).

On the basis of my observations and experience, I’d expect Onzo ridership to rise with the temperature, as Summer approaches. We might even need more bikes.  At the end of last week , 181 of the 200 initial bikes were in service. A drop-off of 19 Onzos a month isn’t sustainable, especially if their popularity increases.

But I’d say this to businesses worried about cycle-paths driving away customers in cars; build them, and the Onzo-dollar might come your way instead.

View all posts by crumpfacta